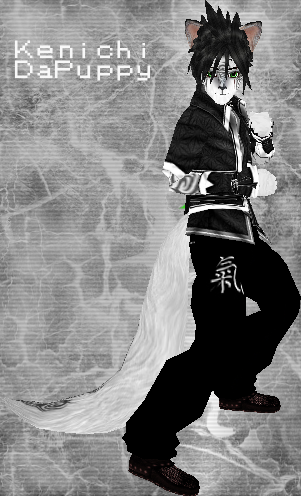 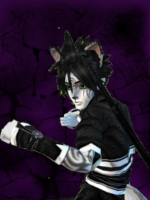 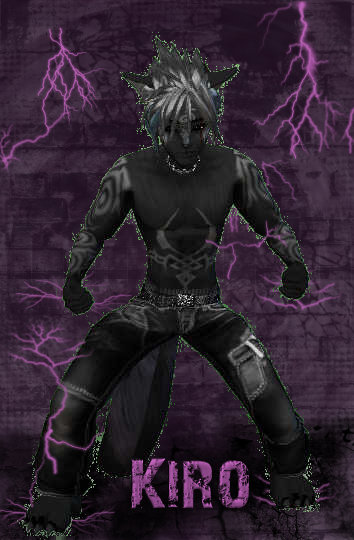 -Fear: By teleporting all over the place you scare the enemy and then strike when they create an opening. 54/65 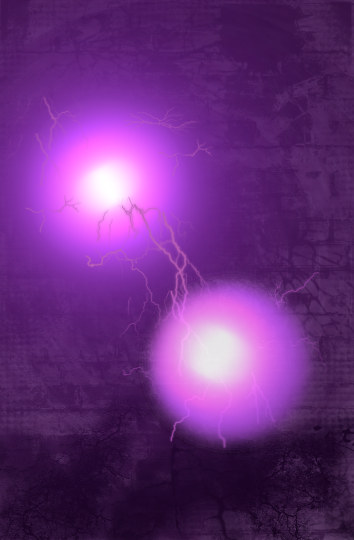 Noticed some things about my rp character and wanted to write them down. Mostly so I don't forget but I think writing things down only for me is pointless so I'm posting it here instead of somewhere private. (Unless its spoilers. But this isn't.)

Kenichi started out as just a self insert character in my first written down story. And he's mostly stayed that way but recently I noticed just how much he's like me. I made his background story pretty randomly based on some of my favorite games and manga. So I was surprised when I realized he isn't an idealized version of me. (How he started out.) But he has deeper problems that are similar to mine. And he hides them just as I do.
(He lacks my social anxiety though.) Also just to clarify, I didn't grow up in the wild lol.

When he was still a baby his whole village was destroyed by undead. (Hence the Zombiephobia. Even though he doesn't remember the actual attack he heard the stories and was always told to avoid the undead.)
He, his twin sister and older niece were the only ones to survive the attack. They grew up in the wild and stayed away from the cities. Mostly because the city folk thought of the kids as pests and either chased them away or tried putting them in jail whenever the kids stole food.
So Kenichi started viewing society as something bad that he didn't belong in. He only belonged right next to his twin and niece, wherever that was.


His older niece was the one to take care of the twins but she did remember her "normal" life in the city. And wanted to get back into one. Which is why she joined the DCGF. The twins however were used to the freedom of the wild and didn't like the strictness of their new home. They often broke the rules and got into trouble together. This didn't change when they went on missions. They often ignored orders and did things their way. Luckily for them their time in the wild had made them fast thinkers and pretty much always completed their missions succesfully despite ignoring orders.
This helped them climb up in rank quickly and by the time they were 16 they were already squad leaders.

But then one day the DCGF was attacked by an army of dessert bandits. Kenichi had feared this might happen and tried to warn the generals but they didn't believe him. Which resulted in heavy losses for the DCGF. Including Kenichi's older niece.
This devastated kenichi. The DCGF needed to restore its power and had to pick a few new generals. They asked Kenichi, he refused. Despite having a girlfriend who he loved and loving his job. The loss of his niece had upset him too much. And the craving for the freedom and nostalgia for the wild were too strong.

So he left behind everything in search of what he felt was missing in his heart. He attempted to fill the void with adventure. And when he discovered martial arts he managed to calm himself down. After his training he resumed his travels. Still only caring about freedom he helped people only for the sake of adventure.

Meanwhile his twin had fallen into a darker path and became a thief for hire. Eventually this led to her being poisoned. Knowing there was no cure she decided to seek out Kenichi and spend her last days with her twin. It didn't last long and once he lost his twin he fell into a depression, forsaking adventure and spending his days in Inn's doing pretty much nothing.

It was then that he met Satra. He fell in love with her and desperatly clinged to her in fear of losing her too. Satra however wasn't as excited but they got engaged anyway.
His love for adventure was reignited and together with satra he went on many adventures. Shortly after this meeting he met Endo, Scott and Riaden and after a bar fight they founded the ChaoZ guild together. Somewhere during their long adventure together Kenichi became their leader. He also married Satra.

Deep inside Kenichi feared losing his new friends. He hid it under his sillyness and Kept himself busy with adventures. But then Necropalypse attacked ChaoZ and Satra died while pregnant of his child.  Once again Kenichi fell into a depression and his love for adventure drained away. Now he spends his days arranging stuff in the ChaoZ guild Inn. Even when his ornithopter crashes in the elven citadel he stays behind to fix it instead of joining his guild mates on their adventure.
---


Looking through this explains why he behaves as he does. Silly most of the time, he often saves the day but not because he wants to save people. The only times he gets serious are when his friends are in danger. Luckily his friends are just as powerfull as him so this almost never happens lol. Although this changed when Satra died. Now he doesn't want to adventure anymore. And he's easier to anger. (Anger outburst against riaden.) He's also more serious and his normal sillyness just isn't there anymore.

I'm sure he'll get better. (The real me did too, so lol.) And his adventuring days aren't over by far but he'll be mopping around for a while longer. (However long the current rp's last probably? lol.)

Also, thinking permanently getting rid of Kenichi DaPuppy as a name. And being Kiro Cloudwatcher everywhere.

Kenichi is ripped off from the manga. Plus wtf is a japanese name doing in val

And Dean already exposed my non-puppyness. So no reason to keep a name Satra gave me years ago.

Page 1 of 1
Permissions in this forum:
You cannot reply to topics in this forum
Log in
Search
Who is online?
In total there is 1 user online :: 0 Registered, 0 Hidden and 1 Guest :: 1 Bot