WereMagi in the FaceBook Group wrote:Okay, due to LARGE amounts of Real Life and thus less room for Awesome Life, I'm gonna have to close not only the new forum, but our own text based game. No one simply has the time to work on it. This sadly means we can't bribe Scott with flash games without EVEN MORE EFFORT AND WORK to the current forums.

Soon, I'll be active again, and will be looking into cheaper ways to recruit members, but don't expect a lot of them to be active, as we don't have much to offer them other than those nudes of Ken somewhere on the Internet.

So yeah, less work on the all of us, but there is STILL some work to be done. I'll start throwing more ideas soon. For now, know that you may have people to boss around and bully on the forums soon and maybe even playing with you online.

Call for ChaoZ won't be scraped just yet. I'll let Ken explore the world for a bit more, work on the PDF and pretty much get our foundations set out.

Also, I'm gonna be back into Borderlands and Borderlands 2 for those that have it, while playing Skyrim Solo when I feel like fighting Bandits AND Dragons when Bandits and Skags bore me.

So yeah, expect maybe screenshots or videos of me playing through... But not much Skyrim pictures. I have a LOT of adult mods on, because I'd rather see a lot of FUN things going on to keep it interesting. XD

But yeah, I'm back, and working and playing like every gamer guild member should be. For now, I want people posting on other threads aside from the RPs, so please make sure to do so. Threads can be about anything in general, so long we are posting.

Also, I'll expand the guild forum a bit more later one for something. 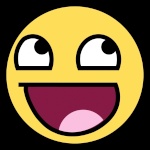 Permissions in this forum:
You cannot reply to topics in this forum
Log in
Search
Who is online?
In total there are 2 users online :: 0 Registered, 0 Hidden and 2 Guests